Speak peace to men of war

When King David’s man, Joab, was about to attack the city of Abel Beth-maacah in 2 Samuel 20, a “wise woman” called him to come to her. She reminded him that they were a city of peace and that the Torah (in Deut. 20:10) says “When you approach a city to fight against it, you shall offer it terms of peace.” Then she asked what he wanted. 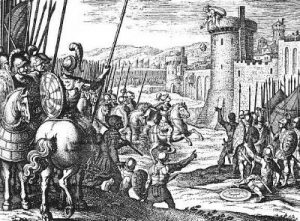 He told her he wanted one man, Sheba. So she said, “Behold, his head will be thrown to you over the wall.” It was, Joab was satisfied, and the army promptly left.

When you find yourself innocently in a war, pray for God to give you wisdom as this woman had.

If the Lord leads you to speak, be obedient no matter who you are. Some Jewish texts indicate this may have been a prominent woman, but still she was a woman and more than likely, not a political authority qualified to represent the city.

The woman didn’t have someone else do the job for her. The text doesn’t call her a widow so she could have had a husband.

She reminded him of the ways of God according to the Torah, which is what we must learn to always do: direct our adversaries to the Word of God.

Most of all, imagine how much courage it took for a woman to ask the leader of an army that is about to attack her city to come to her. She didn’t even go out to him. She was placing her life directly in his hands.

Because of her boldness and probably obedience to God, she saved the city.

No matter what you’re facing today, be strong and courageous and speak truth with wisdom that you hear from the Holy Spirit. Then watch for the power of God to save you and fix the situation. Be thankful. At least your city isn’t under a military attack.

"We Help Families Get The Education They Need to Create Passive Streams of Income Using the Power of the Internet!"

If You Want Financial Freedom, You've Come to the Right Place! 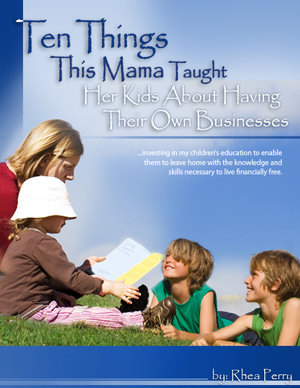 Enter your name and primary email address to instantly get your FREE eBook and notices about our cutting-edge classes and events.

Thanks! Please check your email for a link to download your free eBook!